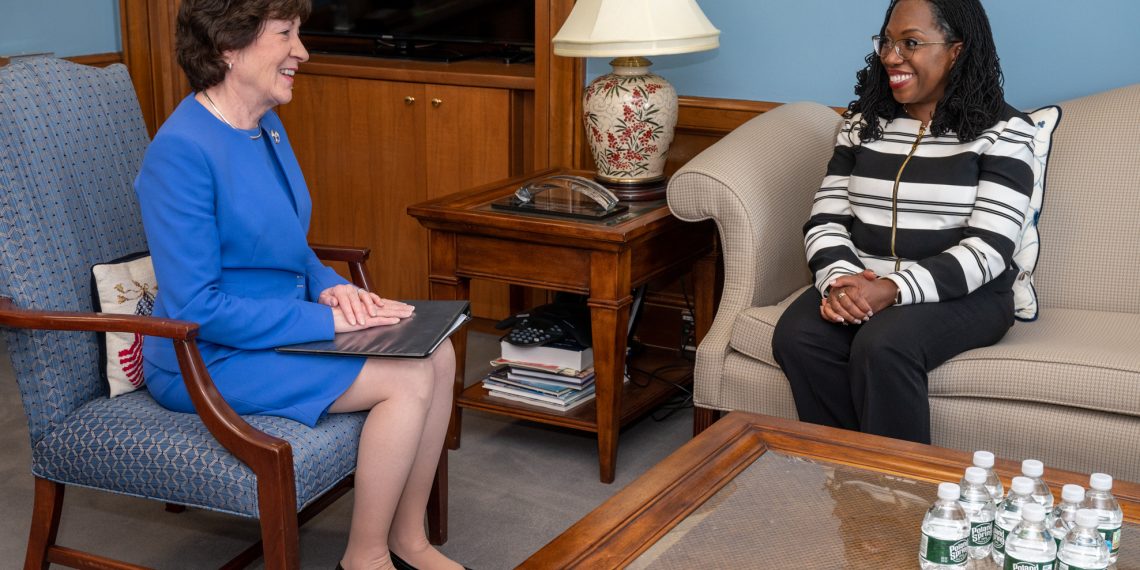 A prominent Republican in the United States Senate has announced plans to confirm President Joe Biden’s nominee to the country’s top court assuring that Ketanji Brown Jackson will become the first Black woman to sit on the Supreme Court bench.

“After reviewing Judge Ketanji Brown Jackson’s extensive record, watching much of her hearing testimony, and meeting with her twice in person, I have concluded that she possesses the experience, qualifications, and integrity to serve as an Associate Justice on the Supreme Court,” Senator Susan Collins said in a statement on Wednesday.

Collins’ support is a political win for the Biden White House that will allow the President to claim Jackson was confirmed with bipartisan support, even if the vote is likely to be very narrow.

Earlier, Collins had voted for Jackson’s confirmation to the US Appeals Court in 2021. Republican senators Lisa Murkowski and Lindsey Graham had also voted for Jackson on the appeals court. But Graham sharply criticized Jackson during her confirmation hearings last week about her approach to sentencing criminals.

The US Senate is evenly divided between Democrats and Republicans, but Vice President Kamala Harris holds the tie-breaking vote, which practically assures Jackson’s successful confirmation so long as all Democrats stick together.

White House officials had hoped a few Republicans would join in supporting Jackson as the first Black woman to sit on the Supreme Court.

Collins said on Wednesday that she does not expect to agree with Jackson, who had pledged to take a neutral judicial stance, on every issue confronting the court. “I do not doubt that, if Judge Jackson is confirmed, I will not agree with every vote that she casts as a Justice,” Collins said. “That alone, however, is not disqualifying.”

“Indeed, that statement applies to all six Justices, nominated by both Republican and Democratic Presidents, whom I have voted to confirm,” Collins said.

The senator also offered criticism of the conduct of some of her Republican colleagues during Jackson’s confirmation hearings. Senators Ted Cruz and Josh Hawley, who are positioning for the 2024 presidential race, berated Jackson about issues of race, abortion, and child pornography.

“The process has increasingly moved away from what I believe to be appropriate for evaluating a Supreme Court nominee,” Collins said.

In 2020, Collins had faced a battle for re-election in her home state of Maine after voting to confirm Justices Brett Kavanaugh and Amy Coney Barrett. Both nominated by former President Donald Trump, Kavanaugh and Barrett cemented a 6-3 conservative majority on the high court that is now poised to overturn longstanding legal precedent endangering abortion rights in many states. That has drawn strong opposition from women’s rights activists.

In her statement, Collins recalled an earlier era of Senate collegiality in which US Presidents’ Supreme Court nominees who were deemed professionally qualified were embraced by members of both parties.

“In my view, the role the Constitution assigns to the Senate is to examine the experience, qualifications, and integrity of the nominee,” Collins said. “It is not to assess whether a nominee reflects the ideology of an individual Senator or would rule exactly as an individual Senator would want.”

Last week, the Senate Judiciary Committee completed four days of hearings on Jackson’s nomination and is expected to send her nomination to the full Senate next week. The chamber is poised to act by mid-April to confirm her.

Jackson would replace retiring Justice Stephen Breyer, a liberal jurist when he steps down at the end of the court’s present term in June or July.

“I do consider myself, having been born in 1970, to be the first generation to benefit from the Civil Rights movement, from the legacy of all of the work of so many people that went into changing the laws in this country so that people like me, could have an opportunity to be sitting here before you today,” Jackson told the Senate committee during her hearings.