In the ever-changing professional world where companies are diversifying, and international employees are working together, it has become crucial to understand how to communicate effectively. Ineffective communication skills can become barriers to productivity and relationships in the workplace. Enter communication coaches, who aid in breaking down those barriers while providing tangible strategies to help you flourish and enlarge your communicative repertoire. Alexis T. Jones, M.A., CCC-SLP, a Speech-Language Pathologist, Communication Coach, and Accent Modification Specialist, brings in years of expertise to help those who desire to thrive in their current personal or professional environment.

Alexis holds a master’s degree in Speech-Language Pathology and Audiology from The University of Memphis, and a bachelor’s degree from the University of Georgia in Communicative Sciences and Disorders, besides being a Certified Instructor of Compton P-ESL Method of Accent Modification. Her curiosity about different accents began when she was a little girl, and a speech class over the summer during her college sophomore year made her realize how much she enjoyed the subject. In her master’s program, she gained her first experience in accent modification through clinical practicum working with foreign students seeking to change their national origin accents. As her curiosity grew, so did her understanding that accents are just different, not deficient in regard to one another Alexis went on to use this mantra in her coaching to impact people’s lives in a unique manner.

The inception of Adaptive Accents

Many times, people may feel like their accent is acting as a hindrance to their professional and social position. Situations may arise where they might have to repeat themselves often, rephrase their sentences, or even speak in slow motion to be understood. Speakers of the same language may have differences in pronunciation, word choice, voice quality, and grammar patterns due to their ethnicity or geographical location. One thing to remember is that having a different accent does not mean that one is deficient. It just means that they sound different from others.

People who wish to improve their English pronunciation may resort to online tutorials, but that approach is bound to project limited progress without objective measures specific to the individual’s wants and needs. Accent modification training truly begins with the ‘client why’ Alexis says. It’s typically part of a bigger picture like bagging an important client, gaining respect in a newly acquired leadership role, or climbing that proverbial corporate ladder.

This is where an accent coach, who is also a Speech-Language Pathologist, can make the learning process a notch higher because of extensive theoretical, empirical, and practical knowledge of accent modification. With Adaptive Accents, Alexis has a three-fold motto: Understand, Leverage, and Adapt. Accent elimination or disconnecting the individual from their community and identity is not the intention of her coaching model. She instead encourages clients to be themselves while also understanding that the way we communicate does not define us, but a part of who we are, so why not gain the tools to adapt when and if you so choose?

Alexis approaches accent modification training in a non-traditional way amongst a controversial backdrop. Because accents can be susceptible to social, geographic, and racial bias, she believes focusing on achieving the client’s overall goal rather than ‘changing an accent’ leads to optimal client satisfaction. She dives deeply into the clients’ needs rather than just dictating what they should do and follow. She focuses on an objective and measurable growth trajectory rather than a report card that shows some arbitrary numbers to indicate progress.

“I believe in facilitating their journey and start off by asking the clients what they want instead of me telling them what they should do or not do. I gain knowledge about their definition of communicative success, the challenges they face, and how they feel that expanding their phonetic repertoire will help them in their careers and personal lives. I believe that adaptation is cumulative, and nurturing that ability enlarges communicative potential in incredible ways,” Alexis said.

A global pandemic has left many businesses gasping for fresh air, but thankfully, Alexis has not been affected much by it. In fact, she has found her silver lining in these bleak hours as she feels that remote working has acted as a boon for her.  With a growing clientele, it became more convenient for her to coach her clients from the comfort of her home. With the world making strides in becoming more digital, it has only become easier for Alexis to reach out to more and more people as geographical limitations get blurred.

It is a tough world out there, and as a women entrepreneur, Alexis understands the nuances that go into making a successful businesswoman in the present-day world. In a largely –male-dominated world, Alexis has found her footing and has helped change lives for many years now. “I followed my passion and listened to my soul before diving into this arena, and I would advise budding female entrepreneurs to do the same. If it persists in your spirit, then do it. It will enable you to think outside the box, find your niche, and perhaps not take the typical path, but instead, the path that fits you. All days in business will not be the same; some will be better than others. Just keep reminding yourself to move forward with positivity,” Alexis added. 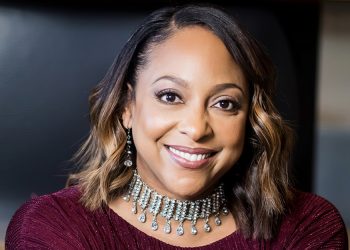 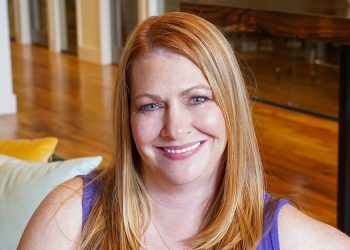