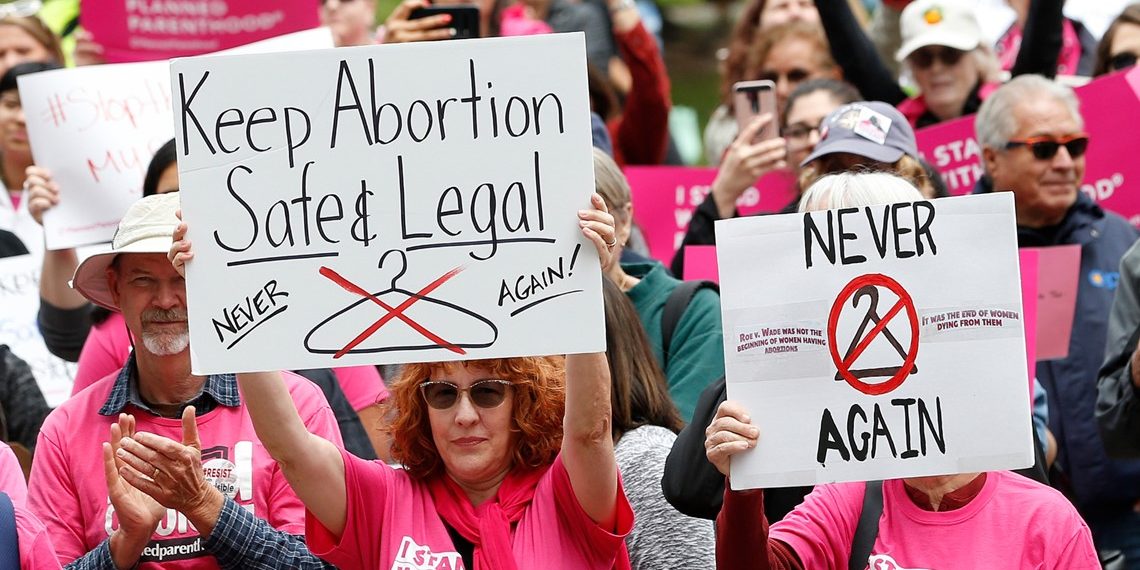 Amid the crackdown on abortion in the United States, activists in California want to transform the state into an abortion haven. Soon, millions of people seeking care across the U.S. may need to travel to California, crossing the state borders.

The U.S. Supreme Court is expected to deliver a decision by June in a direct challenge to Roe v Wade. The landmark ruling guaranteed the right to abortion in the U.S. for almost five decades.

26 states are expected to ban abortion, prompting many people to cross state lines to access the abortion procedure if the ruling is reversed. However, many may face challenges like paying out-of-pocket for healthcare costs, travel, and childcare.

According to Lisa Matsurbara, vice president of policy and general counsel at Planned Parenthood Affiliates of California, “What keeps me up at night is that folks will not be able to get here.”

Planned Parenthood is among more than 40 groups that joined forces to issue a report outlining California’s measures to increase abortion access. The alliance, known as the California Future of Abortion Council, says that the system will be overwhelmed by those traveling from out of state without these changes. The report has prompted 13 bills currently pending in the California state legislature.

“We want to ensure equitable access to abortion care,” Matsubara said. Further added, “Abortion bans disproportionately impact people who are already relegated or have low income, or are from communities of color.”

If the new law is passed, Planned Parenthood will fund abortions, travel, and lodging for people unable to afford the high costs. In addition, the coalition will train and support more healthcare workers to perform abortion procedures and offer legal protections to ensure that people are not held accountable for their pregnancy outcomes.

Lawmakers in California and state Governor Gavin Newsom are working with Planned Parenthood to pass bills at the earliest – before the legislative session ends in August. They want to make California a safe place for people requiring care. Newsom told the media in December, “We will be a sanctuary.”

Demand for abortions is already increasing in California. The first four months after the Texas bill Senate Bill 8 – a law that allows private citizens to sue anyone who “aids or abets” abortion – came into effect on September 1, 2021. Planned Parenthood Affiliates of California witnessed an increase in Texan patients traveling to California to get abortions.

Even Arizona residents are continuously crossing into California to get abortions. Planned Parenthood expects those numbers to grow because a 15-week ban is coming.

According to experts, when Roe v Wade is overturned, 26 states are certain or likely to quickly outlaw abortion, affecting 36 million women of reproductive age. These women may need to cross state lines to access abortion care, the Guttmacher Institute, a sexual and reproductive health rights advocacy organization, said in a statement.

Citing Guttmacher data in their report, the California Future of Abortion Council says the number of out-of-state patients whose nearest clinic would be in California if traveling by car would increase from 46,000 to 1.4 million – almost a 3,000 percent increase.

Such a surge of people to California will be massive. And soon, will be in need of care and forced to drive and fly from the Midwest, Great Plains, and South to the states along the coast. They will flood an already overloaded system that anti-abortion activists have successfully eroded in recent decades. Waitlists are already weeks long in some places, and those will only increase.

What is Workplace Wellness?