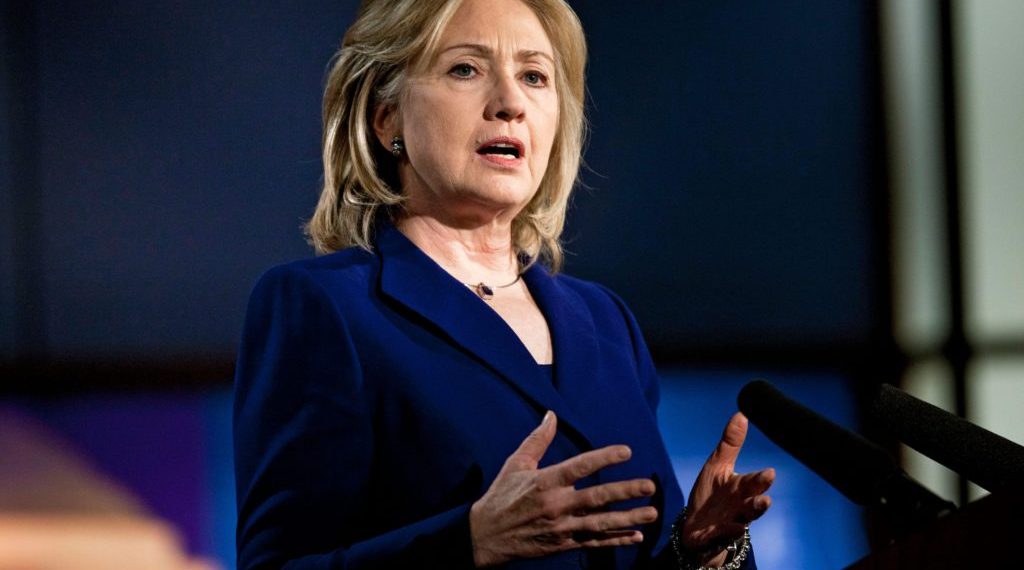 Hillary Clinton, former secretary of state and the first woman in American political history to get a major-party nomination for the seat of the president, contradicted the skepticism expressed by Rep. Alexandria Ocasio-Cortez wherein she said that women would never hold the highest office in America in future.

“I think that a woman will become our president at some point,” Hillary Clinton during an interview with CNN.

“I certainly understand the obstacles you need to overcome to get there. But I continue to tell young women and girls that if they feel motivated to pursue political office, they should do so, with their eyes wide open about how hard it is.”

Clinton advised young women to harbor hope and not let anyone bully them into silence.

“Unfortunately, social media, with all its misogyny, has made it more difficult, but we can’t be bullied into silence or give up on our dreams. We must continue to pursue them and encourage others to do the same.”

Earlier this month, Alexandra Ocasio-Cortez said that her experience as a congresswoman had led her to this belief that American society is deeply, unconsciously, as well as consciously, misogynistic. Ocasio-Cortez is often cited as a potential presidential candidate though the United States has never elected a female president. Recently, the United Kingdom chose the third female prime minister and lost its long-reigning female monarch, Queen Elizabeth II. Since then, the debate about whether America is open to choosing a female president has been raging. According to United Nations, out of 195 countries, 26 governments were headed by women as of September 2021.

The congresswoman said that women often tell her that they want to see her as president, but she believes that we live in a country that would never let that happen.

Reflecting Ocasio-Cortez’s concerns, Clinton added, “I think it’s sad that we have so many people who seem to either resent or oppose women in the public arena, whether it’s politics and government or the media or anything else. That’s something we must keep standing up against and speaking out against.”

This statement from Hillary Clinton is very strong, considering that in 2016, she won the popular vote against then-Republican presidential candidate Donald Trump, though she had lost the electoral college count, due to which she couldn’t sit in America’s top office. However, she still said that it was worth fighting to place a woman president in the White House in the future.

Ironically, Clinton, who is currently on tour with her daughter Chelsea promoting their documentary series Gutsy, which focuses on women of strength, said she would never run for president again. Clinton became secretary of state in former President Obama’s government after losing to him in 2008 during the Democratic primary for president.

Clinton has been open about several of her own confrontations with misogyny and sexism. She revealed that the reason she started wearing pantsuits was that when she was the First Lady, the press circulated “suggestive” photographs of her shot up in a skirt that she was wearing.

Despite skepticism and apparent hurdles that the American society throws in the way of those strong women who have political ambitions, it appears that change is already on its way. Recently, the United States elected the first female vice-president who was also a person of color, and it may soon come to pass that the country will choose its first female president.