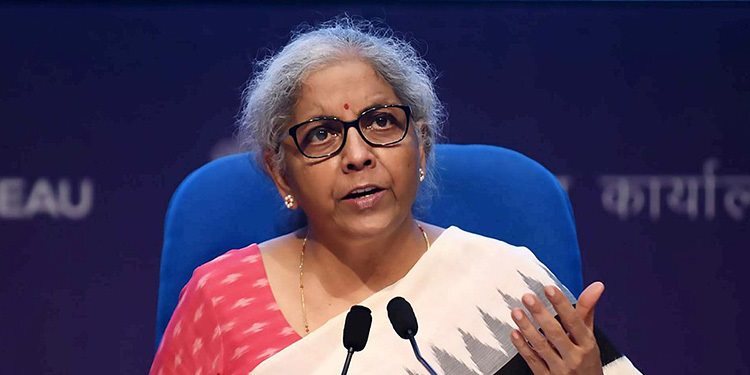 Nirmala Sitharaman – The Most Powerful Woman in India

There are no prizes for guessing who the most powerful woman in India is today. Nirmala Sitharaman holds two important portfolios – Finance and Commerce and Industry in the federal government led by Narendra Modi. Sitharaman was featured in the Forbes 2020 list of 100 most powerful women and ranked the 41st in the world.

Who Is  Nirmala Sitharaman?

Nirmala Sitharaman is the first full-time woman Finance Minister of India. Earlier, Indira Gandhi had held Finance as an additional portfolio for a short duration when she was the Prime Minister of India. Sitharaman presented three successive Budgets of the Narendra Modi government from 2020 to 2022 and is an important member of the government’s policy-making body.

Before taking to active politics, Sitharaman worked in the corporate sector after earning her master’s degree from the Jawaharlal Nehru University, New Delhi, which conferred her the Distinguished Alumni Award in 2019. She subsequently enrolled in a Ph.D. program in economics focusing on Indo-European trade but later left this program and moved to London when her husband Parakala Prabhakar secured a scholarship to the London School of Economics.

In London, Sitharaman joined the British Broadcasting Corporation (BBC) World Services for a brief period. She returned to India in the 1990s and became an educationist, and founded the Pranava School in Hyderabad in 2017. She has also served as a member of the National Commission for Women.

Born on August 18, 1959, Sitharaman has been a member of the Rajya Sabha, the Upper House of the Indian Parliament, since 2014, when the ruling Bharatiya Janata Party (BJP) swept to power to form the federal government under the leadership of Modi. Sitharaman formerly served as the Defense Minister of India, becoming India’s second female Defense Minister. Moreover, she has served as the Minister of State for Finance and Corporate Affairs under the Ministry of Finance and the Minister for Commerce and Industry with independent charge. Before that, she served as a national spokesperson for the BJP, the party she joined in 2008.

Sitharaman was nominated to the National Commission for Women during the National Democratic Alliance (NDA) regime under Prime Minister Atal Bihari Vajpayee. During her term as Defense Minister, Sitharaman capably defended the Narendra Modi government against allegations of corruption by the Opposition in the Rafale aircraft deal signed between India and France. Sitharaman’s crusade, both in public and in Parliament, assumes significance because the Opposition had been alleging corruption in the Rafale deal as a poll plank in the run-up to the Lok Sabha elections in 2019.

Before She Entered into Politics

During her stay in London, Sitharaman served as a salesperson at Habitat, a home decor store on London’s Regent Street. She has also served as an assistant to Economist in the Agricultural Engineers Association in the United Kingdom. During this period, she served as a Senior Manager (R & R&D) for PWC.

Sitharaman is a strong woman who has led India’s economic progress from a developing nation to becoming the fastest growing economy in the world. Her role during the pandemic, especially in helping industries overcome the crisis, earned her accolades worldwide. She is a well-known social activist too.

Sitharaman first met her husband, Parakala Prabhakar, who hails from Andhra Pradesh, while studying at the Jawaharlal Nehru University. Interestingly, the couple has diverse political views. Nirmala is an active member of the BJP, while her husband belonged to a family that was a staunch supporter of the rival Indian National Congress (INC). Even today, they publicly disagree on policy matters of the Narendra Modi government. Her husband, Prabhakar, has also served in important positions, mainly as an economic advisor to various governments. They married in 1986 and have a daughter.

How to Take Care of Your Breast Health?