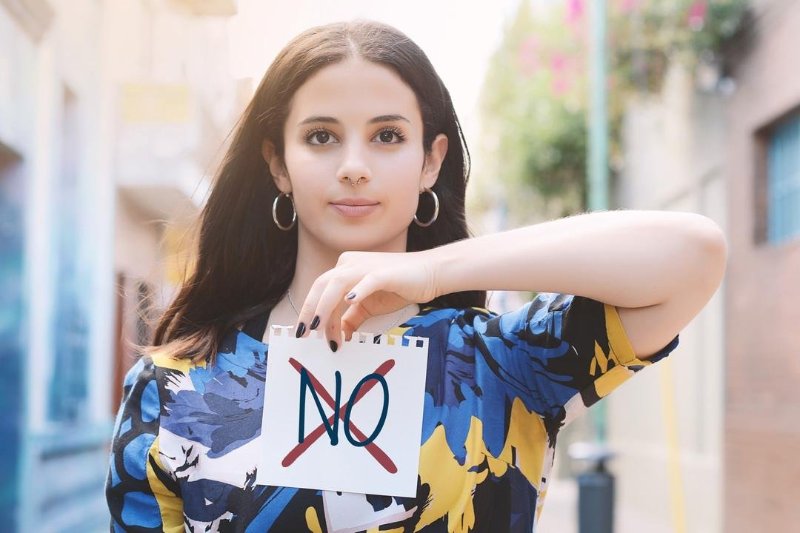 The Power of Saying “No”

The Power of Saying “No”

We’ve all been there, felt that way — overwhelmed, obligated, under pressure, stretched too thin. In fact, I suppose you too have experienced those moments when you wish you had uttered those four little words, “I’m sorry. I can’t.” For some reason instead, we overburden ourselves with one endeavor, event or commitment after another. Perhaps we think, “oh this will be fun,” or “I can do that better than anyone else on the committee” or we may just need our own accolade of accomplishment in our life because we are starving for attention and atta-boys. Whatever the reason, I think it imperative that we learn the power that lies in saying no.

As the oldest of eight children, born to responsibility and unwanted obligation, learning to say no has always been difficult for me. Once I grew up and left home, I was continually the employee that stayed late, arrived early, welcomed overtime, and coordinated office events and social gatherings. And yes, I was the mother who handmade cute favors and goodies for my children’s school parties, class birthdays, holidays, was involved in the PTA, the booster clubs, and volunteered at any school extracurricular function in which my children were involved. As well, I was the military wife that others aspired to be, creating in what was considered substandard base housing a beautiful home comprised on an Airman’s budget and consisting of a conglomeration of yard sale furniture items, but intertwined with my talent and creativity.

The thing is, as women, we are really good at this stuff. We are wired to handle multiple tasks, excel at playing many roles, and easily adapt to change directions on a whim. It’s what distinguishes us from the rest of the tribe. But what happens when our shoulders no longer can hold all that we carry? Where are we in all of this? Our smile has lost its luster, our passion, and purpose diminished. More than likely all is buried somewhere beneath the mud, maggots, and mess in which we have bound ourselves. And eventually, we look up and wonder “how did I get here?” It wasn’t until recently, as a small business owner, writer, author, artist, and photographer that I became overwhelmed, sleep deprived, and experienced that very sentiment.

Being the type of person to change my environment to adapt to me rather than succumb to my surroundings, I took a good hard look at what I could do differently to dig myself out of the hole I had unintentionally created. The first thing I did was dedicate and schedule uninterrupted time each morning for myself. A few simple minutes of personal development in the form of videos, books, tapes, etc., prepares me to tackle each day full force.

As well, I began delegating — something I never thought I could do. I mean, I can be bossy, a leader, give instructions and so forth but to say, “Here, you take care of this for me and I trust you will do it as well as I,” was not in my skill-set or vocabulary.  But once I delegated smaller tasks, my world opened, and my stress level showed a tremendous reduction.  Since then I also make myself, yes, I said “make” myself get a massage every month. I don’t know about you, but I was led to believe that massages were considered a treat, something for a special day or occasion. But did you know that getting a massage has tremendous health benefits? In addition to relieving tension and stress, hands-on massages increase circulation, relieves anxiety, exudes impurities and toxins from the body, and improves sleep. I consider my monthly massage as I would a doctor appointment in that it is something I do for my overall health and well-being.

So, what does all of this have to do with saying no, you ask? Well, once I began saying yes to me, I activated a new lifestyle and mindset. I once heard it said, you cannot fill from an empty cup and I realized that the “giver” I am was not giving at all. It occurred to me, ‘what good would I be to anyone if I was no longer around or around but not fully my best self?’ I quickly came to the realization that self-care is not selfish. In fact, quite the opposite. By taking care of me, I am better equipped to tackle the things I desire and give my full self to others and opportunities and therefore bless with abundance, those and the tasks in which I chose to embrace.

In addition to my attitude, delegation, dedication, and mindset adjustments, I came to the recollection that I do not have to say yes to everything. I discovered I can be involved and not be in charge. Did you catch that? You can be involved and not be in charge. It’s okay. What a concept THAT discovery was for me. Then I quickly realized that when I politely said, “I’m sorry. I can’t,” the world didn’t come to an end, lightning didn’t strike me down, and inevitably there was someone else who was capable of completing the task.

So, as you start the new year, I encourage you not to make a resolution that you will more than likely be unable to carry to fruition but instead, promise yourself to delegate the things you can, say no to the ones you must and devote some time every day to saying yes to your number one resource … yourself. Most of all remember, just because you CAN doesn’t mean you should. Who knows, by saying no you may be opening an opportunity for someone else to fulfill their genuine purpose.