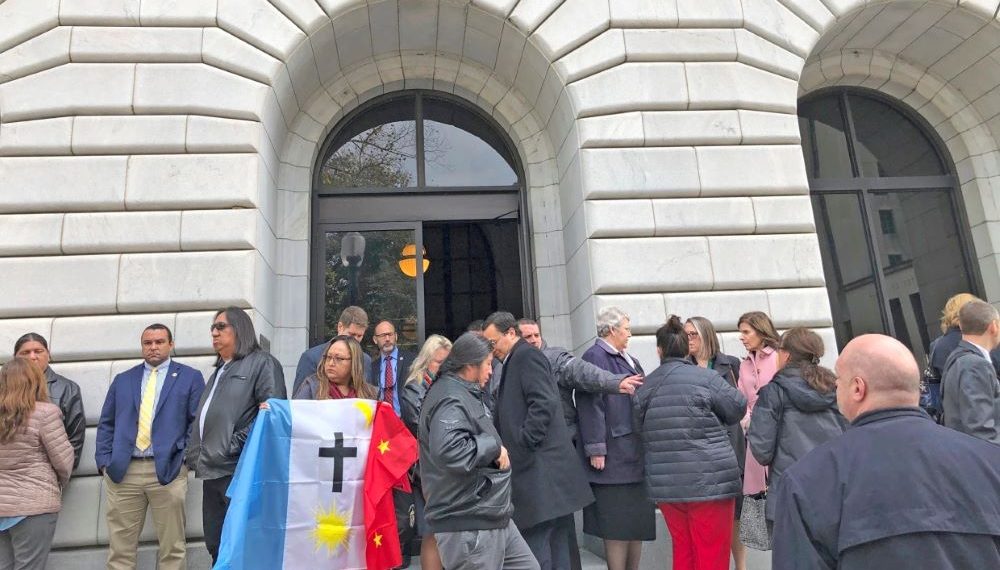 The Supreme Court on Wednesday heard three hours of arguments in a challenge to the constitutional standing of the Indian Child Welfare Act, 1978, which puts restrictions on removing Native American children from their heritage reserves and tribes.

It is presumed that the law would be stricken either partly or in its entirety. Justice Neil M. Gorsuch emerged as the leading proponent of tribal rights in the court and also indicated strong support for the law along with three liberal members. However, the judicial members could not solicit the majority in the court as of now.

The law at issue is rooted in the sovereignty of Indian nations and the history of abusive child welfare practices concerning Native American children. Before the law was enacted, countless Native children were taken, sometimes by force, and placed in institutions or with families which had no ties to their respective tribes.

When cases involving Native American children would be heard in state courts, the 1978 law says that judges must take account of a set of preferences.

Justice Brett M. Kavanaugh said that the court may not allow “Congress to say white parents can have a preference for white children or that Latino parents should prefer Latino children in adoption proceedings.”

Chief Justice John G. Roberts Jr. questioned Ian H. Gershengorn, a lawyer for Native tribes that have intervened to defend the law, whether the law incorporates the best interests of child inquiry that are applied in family courts across the country.”

Mr. Gershengorn responded to the question by saying that “Congress has made the judgment that is in best interest standard has been applied in a way that it resulted in unwarranted removals.”

Three states, including Texas, Indiana, and Louisiana, and seven other people have challenged the law. They have made out two basic arguments: Congress lacked the power to enact the law, and it violates the equal protection principles of the United States by drawing distinctions based on race.

Justice Gorsuch contradicted both arguments. He said the Constitution had given Congress the power to enact laws that protect the sovereignty of Indian tribes. He added that the distinctions were based on political considerations, not racial ones since the tribes are sovereign entities.

Matthew D. McGill, an attorney for the people who are challenging the law, said that these children had made no political choices.

“They are human beings,” he said. “Citizens of the United States. They are people within the meaning of the Fifth Amendment and have liberty interests that Native tribes cannot override.”

The case in question pertains to the clash of two sets of values. On the one hand, there is this respect for tribal self-government and recognition of historical oppression and discrimination. On the other, there is the fundamental principle that people must not be treated differently due to their race, ethnicity, or ancestry.

Around 496 Indian tribes and 62 organizations (both tribal and Indian) have filed in defense of the law, and it remains to be seen whether they would be able to sway the bench. Whatever the decision of the court (when it comes), it would be a landmark judgment by virtue.

Ageism in the Workplace and How It Affects Business?

How to Start a Successful Online Bakery Business from Home

How to Protect Your Business from Cyberattacks?