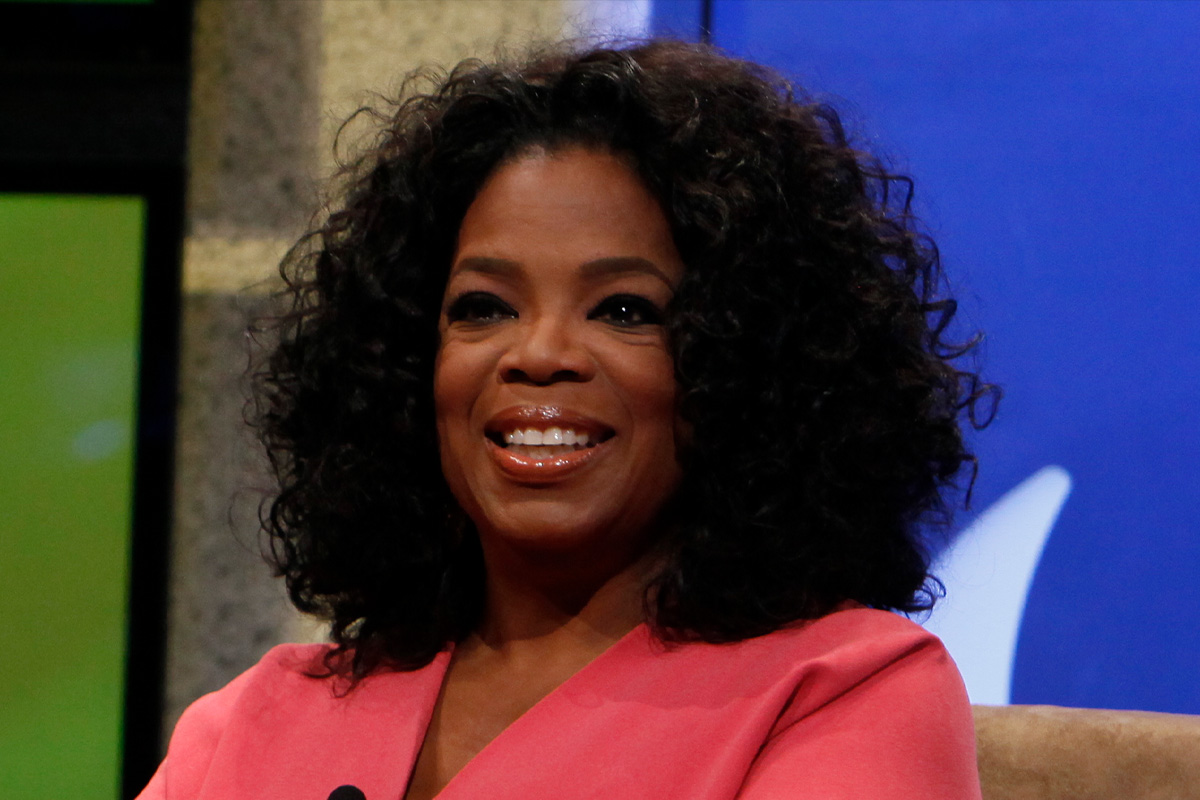 How Oprah Built a Multibillion Empire: 5 Things to Learn from Her

5 Things to Learn from Her

For many, Oprah Winfrey is an icon because of her identity of color. There are also others who feel her fame has been facilitated by the fact that she has been a media personality. Her ‘The Oprah Winfrey Show’ that went on for 25 years is one of the most followed TV shows in America and even after almost a decade since it went off air, September 8 is observed as its anniversary date. Winfrey, 66, remained one of the most noted RV personalities who brought the celebrity confession culture to the fore. The celebrated woman with a net worth of more than $2.5 billion remained popular not for superficial things that are often related with the glamor industry but because she spoke on real stories of real people, many of whom are also famous.

Winfrey’s rags to the riches story (born to an unmarried teenage mother, she wore potato sacks as clothes) coupled with her cultural identity certainly makes her one of the biggest women icons that America has produced in these times, but while seeing that part of her success story, one should not lose sight of the fact that Winfrey is also one of savviest business executives. As she struggled hard to climb up the social ladder amid the hardships, she also took enough care of the financial part and eventually built a multi-billion-dollar career.

Winfrey, who was born in Kosciusko, Mississippi, in January 1954, to Vernita Lee, started hosting a local talk show in 1984 in Chicago and saw it topping the ratings chart. Two years later, she launched her own show for a national audience and even got an Academy Award nomination for her role in a period drama “The Color Purple”. Subsequently, as she focused more on the common man, it helped her attract even bigger an audience and her fame multiplied. She also owns Harpo, the show’s production studio.

The late Roger Ebert, a movie critic and a friend of Winfrey, who is said to have convinced her to enter syndication, once told that Winfrey made the decision to syndicate her show soon after the former showed her potential earnings on nothing but a napkin! In a column that he penned in 2005, Ebert said: “With simple, high-school-level math, you can now figure out how much Oprah Winfrey makes in a year for her show.”

“Step 1: Estimate how much I made in a year, 20 years ago. Step 2: Carry out the other multiplications described above. Step 3: Times 20,” he wrote, giving a clear indication that Winfrey is no amateur when it comes to business arithmetic.

Winfrey was among the first set of investors in the Oxygen network — a women-oriented channel. In 2007, NBC Universal bought Oxygen for more than $900 million, according to a report in The New York Times. The entrepreneur in Winfrey did not halt. In 2000, she founded ‘O, The Oprah Magazine’ which has a current circulation of nearly 2.4 million but is set to end its regular print edition in December this year. Winfrey also played a key role in starting two nationally syndicated talk events: “Dr. Phil” and “Dr. Oz”. By the early 2000s, Winfrey established her name as a top business executive. In February 2003, she became the first woman of color to feature on Forbes magazine’s “World’s Richest People” list with a net worth of $1 billion. Winfrey also began an “Oprah’s Book Club” segment on her TV show that left a big influence on the publishing industry so much so that in 2008, the Time magazine described the club as “ruthlessly influential marketing vehicle, with the power to fundamentally alter bestseller lists”. In 2011, Winfrey started her TV project — the Oprah Winfrey Network. In December 2017, Winfrey’s production firm sold nearly 25 percent stake to Discovery Communications for $70 million.

It’s not only in the TV shows and production or book clubs that Winfrey invested. She also partnered with Kraft Heinz on food products in 2018 and a few years before that, also bought 10 percent of Weight Watchers for more than $40 million. Her association with these ventures saw them turning into golden ones and Winfrey’s own brand value also shot up. In fact, soon after her moving Golden Globes speech in January 2018, the stocks of Weight Watchers soared by 13 percent.

Here is a guide to Oprah Winfrey’s assets:

Forbes has been tracking Winfrey’s fortunes for a long time now and it gives a guide to the assets she has made:

As said above, Winfrey bought 10 percent of the Weight Watchers for $43 million, paying nearly $7 a share. While that happened in October 2015, in January 2018, the shares were worth over eight times she paid for them, amassing $365 million.

In real estate, Winfrey’s property in Montecito, located just South of Santa Barbara, is of an estimated cost of $95 million as of 2018. She also owns properties in other places like Colorado, Nashville and Maui that are worth nearly $120 million in combination. She reinvested the profits she made from her successful TV show that went for two decades and half. She also made profits from films like Beloved, Selma and The Color Purple worth more than a billion.

How Oprah succeeded in her empire-building?

Winfrey once said: “I don’t think of myself as a poor, deprived ghetto girl who made good. I think of myself as somebody who from an early age knew she was responsible for herself-and I had to make good.” The woman has a brilliant way of perceiving life as it comes and she turned each pain into strength, as an individual and also as an entrepreneur and it saw her succeeding as a business executive.

Here are five reasons why Winfrey succeeded in making a multi-billion empire:

If you are facing prejudice, tackle it with excellence:

This is something all women entrepreneurs out there who harbor an ambition to make it big should think about. While Winfrey had diverse experiences as a TV host in the 1970s, she was the host of her mega talk show by the mid-1980s. She knew that she was something that most TV producers did not want but instead of quitting, she eyed excellence in the industry to emerge a winner against the prejudice she faced as a woman of color in a world dominated by White men. Winfrey also said once: “Excellence is the best deterrent to racism or sexism.”

This is something that most achievers do in style and Winfrey is no exception. While traditional lessons want us to follow instructions, real life teaches something else. As a news anchor in the early part of her career, Winfrey did not read out news in a dry tone but imported a tone of emotion and empathy. She faced criticism for her way of doing it but it never failed to strike a chord with the audience. Her ‘The Oprah Winfrey Show’ was clearly a path-breaking effort as Winfrey was too tired to see people going the same monotonous way on screen while dealing with issues.

Winfrey knows how important it is to have genuine friends in life.  She said once: “Lots of people want to ride with you in the limo, but what you want is someone who will take the bus with you when the limo breaks down.” The story of Ebert mentioned above also makes it evident. If we have seen a successful woman in Winfrey, the credit goes to Ebert who had convinced her to syndicate her famous talk show.

Owning everything that you do:

Winfrey is never shy of taking ownership of things that are close to her heart. As the CEO of Harpo, she controlled every aspect of her show and that in a way opened for her the door to do a whole lot of things, including producing films, bringing out magazines, broadcasting programs on radio, etc. It is also this strong sense of ownership that saw Winfrey do well in business. She turned down several offers to endorse products of other companies for she feels, everything that involves her name is owned by him.

Making your own luck:

Winfrey feels luck is important, but she is not one to believe that luck is pure chance. According to her: “Luck is preparation meeting opportunity.” For entrepreneurs who idolize Winfrey, there is a key lesson in this. It is natural for anybody to wish that his/her business sees a spike in profit but if they only keep making a wishful thinking and not prepare to make use of the opportunity to do well eventually arrives, it might not be fruitful. Taking a cue from Winfrey, it is wiser to think about what opportunity you would like to get in your life and how to plan to make the most of it.