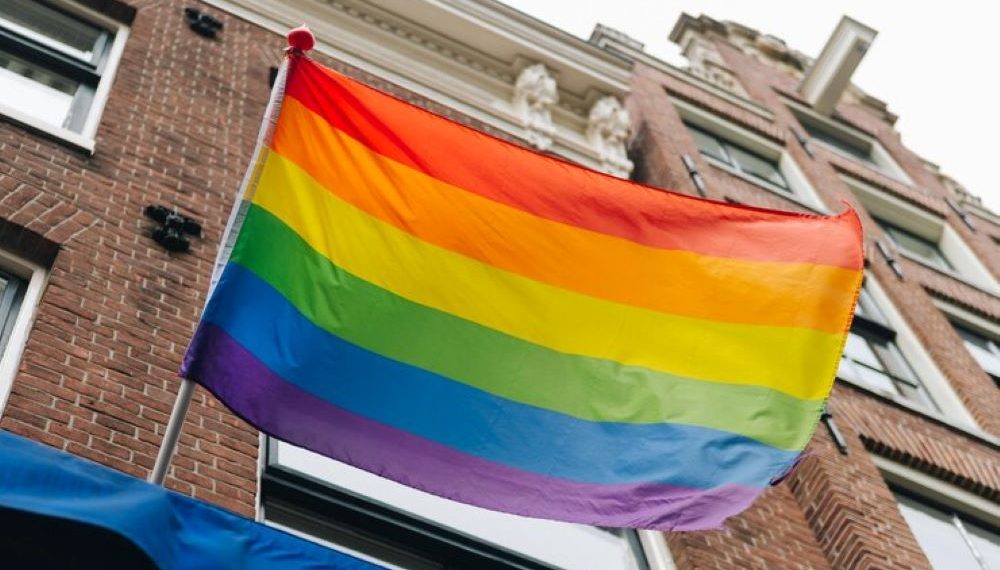 The U.S. Senate has passed a bill (The Respect for Marriage Act) to codify same-sex marriage and interracial marriage, upon which 62 senators voted YEA and 37 voted NAY. It now goes to the House of Representatives for their vote and will likely have enough GOP support for it to pass the house. However, regardless of the fact that it is an important development concerning the LGBTQ community in the U.S., the bill has received a mixed reaction from the netizens.

Taking to Twitter, President Biden, who once opposed same-sex marriage, wrote, “Love is love, and Americans must have the right to marry any person that they love. Today’s bipartisan Senate vote has gotten us closer to protecting that right. The Respect for Marriage Act protects couples under the law, and I urge Congress to send the bill to my desk so that I can make it a law.”

Apart from getting reminded that he (President Biden) once opposed same-sex marriage, the netizens questioned the constitutional footing of the bill, its impact, and the language, and whether the government of the United States was dedicating its efforts to misplaced priorities, especially when same-sex marriage had already been legalized in 2015 and when the inflation has created a panic-like situation amongst the average Americans.

A user named Mike Sington wrote that the bill actually endangers same-sex marriage and indicates that it is the States’ rights issue. “As per Obergefell, it is the constitutional right that no state can deny to an individual. The bill paves the way for bans and for SCOTUS to reverse. “If” is the critical word here. They are trying to fool us!”

Another user named LizWFab wrote that the bill “does not actually protect the legality of same-sex marriage. Instead, it forces the states that have banned same-sex marriage to recognize those marriages granted by other states.”

Calling the bill “a small victory” for failing to stop the remaining 13 states from outlawing same-sex marriage, another user wrote, “While the bill would not set a national requirement that all states must legalize same-sex marriage, it would require individual states to recognize another state’s legal marriage.”

In the event that the Supreme Court overturns its 2015 Obergefell v. Hodges ruling, which legalized same-sex marriage in 2015, a state could pass a law to ban same-sex marriage, yet that state would still have to recognize a same-sex marriage performed in another state. Pertinently, the bill will not protect same-sex marriage from being banned at the state level if Obergefell is overturned, and the netizens were quick to highlight this aspect and call out both the sponsors and the signatories of the bill.

After the U.S. Supreme Court overturned Roe v. Wade this summer, it was speculated that reversing Obergefell, the 2015 ruling that legalizes same-sex marriage, is next on the chopping board, and therefore, The Respect for Marriage Act should be drafted in response to that danger.  However, the bill will not prevent that from happening, given the fact that there is no provision in it that bars the overturning of the Roe v. Wade judgment.

One social media user, namely Angry Staffer, had a rather unique suggestion for the addition to the bill, “It should consist of one sentence: Same-sex marriage shall be afforded all the same rights and privileges as heterosexual marriage in any state or recognized territory in the United States of America.”

While the bill does lay emphasis on this subject that same-sex marriages should be recognized in all the states, it says nothing about according the same privileges as heterosexual marriage.

The bill also received some negative commentary from the religious bloc as well, though only yesterday, the Mormon Church (LDS) announced its support for the Respect for Marriage Act. A statement from the Church of Jesus Christ of Latter-day Saints said that though the Church’s doctrine on marriage “will remain unchanged,” the bill is “the way forward” to respect religious freedom while also “preserving the rights” of LGBTQ people.

A user named Tom Searl wrote, “Today, the Senate voted on advancing a bill protecting same-sex marriage. The Christian response to this should not be to go out and campaign harder for our candidates of choice. It should be to go out and evangelize harder for the Savior who died for us.”

Another user wrote that the passage of the bill for same-sex marriage was going 100% against GOD. “If that doesn’t tell you who they are, I don’t know what will. BURN IN HELL! Enough is enough!”

Some users also highlighted the inflation and said that the U.S. government was wasting muscle and effort on misplaced priorities.

“I could care less about this and that, but people cannot pay their bills, feed their babies, buy groceries, gas is high, morale is low, and Democrats and Republicans put same-sex marriage as a priority. Biden’s economy is sucking the life out of us…but let’s do this?” another user wrote.

While a majority of the netizens showed either a negative or a mixed response, there were a few who acknowledged the benefits of the bill. A user named MuellerSheWrote commented that she believes that the bill has a lot to offer.

“Don’t let the perfect be the enemy of the good,” Mueller wrote. “This bill does a lot to protect same-sex marriage, and it acts in two areas (fed employees and reinforcing Full Faith & Credit clause) where the U.S. Congress has a solid basis for legislating. A bigger, better law wouldn’t survive S.C. turning Roe v. Wade’s ruling.

How to Use a Bullet Journal for Time Management?

How to Create a Social Media Calendar for Your Personal Brand