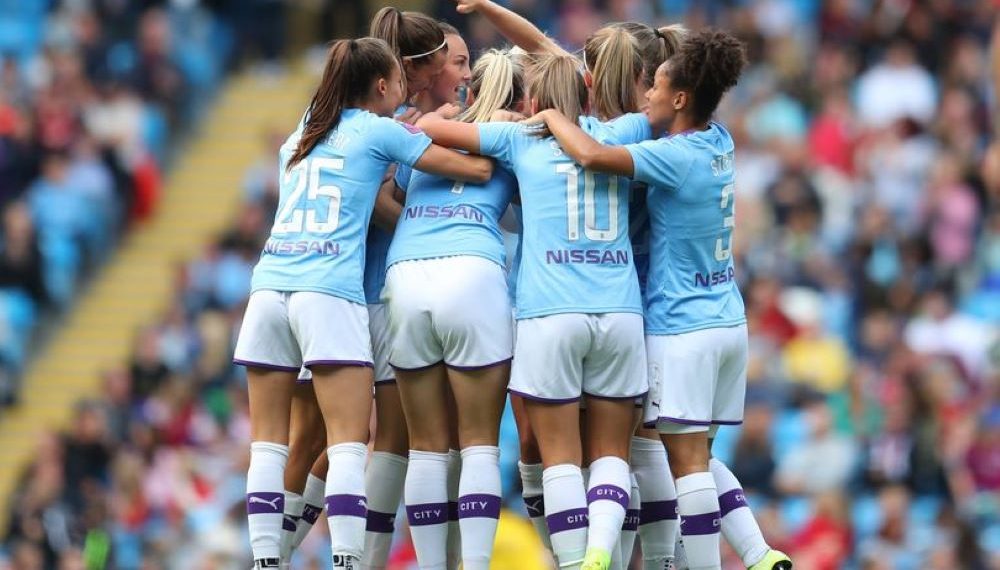 Manchester City Women’s soccer team has moved away from wearing white shorts onwards the next season of games as female soccer players have become more vocal about feeling uncomfortable wearing them during periods.

Earlier this season, Stoke City and West Bromwich Albion Women’s soccer announced that their women’s teams would not wear white shorts anymore. The move is set to send a signal to women’s teams all around the world.

In a statement released today, Puma, the kit manufacturer for the team, said, ” Manchester City and Puma take pride in working closely with our players to support them and create the best environment for them to be comfortable and perform at their best.”

The statement further read that the move was a result of the player’s feedback and the underlying topic of women preferring to move away from donning white shorts while on periods.

“We have decided to implement many changes to all the products that we offer to our female players. Beginning the 2023/24 season, we will stop providing white shorts to athletes of the female gender. We will provide alternatives to solve the issues that have been highlighted by women across all domains of sports,” the German sports brand said further.

This summer, Beth Mead, an English striker, voiced her concerns about wearing white shorts during the UEFA Women’s Euro. She revealed that the players have been discussing the issue with the kit manufacturer, Nike. Mead said that it is nice to have an all-white kit; however, sometimes, it is not practical to wear white shorts, especially “when it’s the time of the month.”

Mead said that they had discussed the issue as a team, and we have given feedback to Nike. “Hopefully, they are going to change that.”

Nike insisted that they have absolutely heard and understood the concerns of the athletes regarding wearing light-colored apparel while on their periods, which can be a real barrier to sport. “We are deeply engaged with the athletes and in the process of designing solutions so that their needs are met while also consulting the clubs, sporting associations, and federations that are responsible for setting uniform standards and colors.”

However, no change was made at that time, and Mead’s team wore white shorts in all six games that they played to win the tournament. However, one of the spokespersons for the English Football Association said that “we recognize the importance and desire that our players feel the full support on this matter. Any feedback that the players have made will be taken into consideration for any future designs.”

A study conducted by Women in Sport earlier this year which took account of around 4000 teenage girls, revealed that a remarkable 70 percent of the people admitted they want to avoid sport while menstruating. The players revealed that the physique always keeps a spare pair of shorts in the bag in case of an emergency.

Speaking with media, Crystal Palace midfielder Leigh Nicol explained that “alongside being tired, there is a worry that you might leak. That always tends to be at the back of your head. Especially while wearing shorts that can reveal if you are leaking.”
“For me personally, I tend to get very embarrassed and worried. Subconsciously, I always think about it during the game.”

Since the founding of the men’s club in the 1880s, Manchester City has traditionally worn white shorts alongside a sky-blue shirt. In the past four seasons, the team wore matching sky-blue shorts, with the exception of the case when there was a color clash with the opposite team. Following the recent development, it is expected at least the women’s soccer team of Manchester city will revert to an all-blue kit begging the next season.