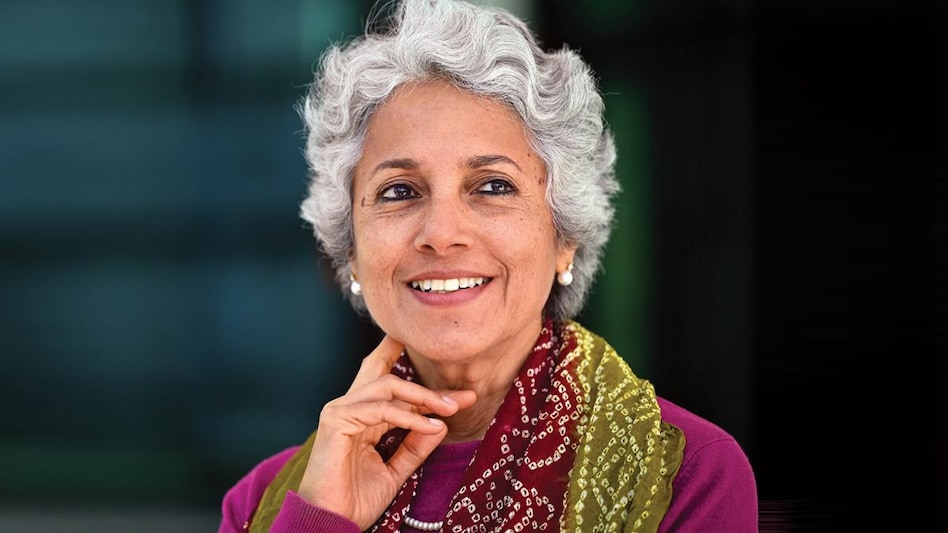 Soumya Swaminathan Stays Ahead of the Curve

Doctor Who Stays 'Ahead of the Curve'

Dr. Soumya Swaminathan Yadav is an Indian pediatrician and clinical scientist well-known for her research on tuberculosis and H.I.V. Swaminathan was born in Chennai and spent her early days in a home where education and science were among the fundamentals of life. She has served in several high-profile positions and was the first-ever Chief Scientist of the World Health Organization (W.H.O.) from October 2017 to March 2019. She also served as the Deputy Director-General of the W.H.O., ensuring that she always remained “ahead of the curve,” leveraging science and technology for public health and clinical care.

Swaminathan was born on May 2, 1959, and her father, Monkombu Swaminathan, is a renowned agricultural scientist. Her mother, Mina Swaminathan, was a preschool educationalist. As she saw many Ph.D. students visiting her father since her childhood, at the tender age of 5, she was well aware of what a Ph.D. thesis was. Aside from being a pediatrician, she is also an expert in mental healthcare.

Soumya Swaminathan earned her MBBS degree from the Armed Forces Medical College in Pune, India’s prestigious medical institution. Subsequently, she moved to New Delhi, earned her M.D. in pediatrics, and received her Ph.D. from the All-India Institute for Medical Sciences (AIIMS). She completed her post-doctoral training for a medical fellowship in neonatology and pediatric pulmonology between 1987 and 1989 at the Children’s Hospital Los Angeles at Keck School of Medicine.

While Swaminathan had a keen interest in psychiatry, she took up pediatrics because she had helped take care of her two younger sisters while her mother battled dementia. Her interest in psychiatry took her to Los Angles Children’s Hospital in California, U.S.A., and Leicester, U.K. While in the U.S.A., she got the opportunity to work alongside distinguished mentors like Sally Ward and Tom Keens. Together, they undertook various studies on breathing problems in children, including sudden infant death syndrome.

Swaminathan was a Research Fellow (Registrar) in the Department of Pediatric Respiratory Diseases at the University of Leicester in the United Kingdom from 1989 and 1990 and, subsequently, served as a Senior Research Officer (Supernumerary Research Cadre), Cardiopulmonary Medicine Unit. She also worked as an Adjunct Associate Clinical Professor at the Department of Public Health and Family Medicine at Tufts University School of Medicine in New Jersey.

Swaminathan served as the Director-General of the Indian Council of Medical Research (ICMR) and Secretary of the Department of Health Research (Ministry of Health & Family Welfare), Government of India, from 2015 to 2017.

During her training at the Armed Forces Medical College and AIIMS, Swaminathan experienced an early taste in mental healthcare. One of her close friends had schizophrenia. During her adolescent days, she visited her uncle, who was the superintendent of a mental health institute in Jharkhand state, where she met many different patients with a spectrum of conditions, many institutionalized because their families did not want them. According to Swaminathan, she discovered so many things that people didn’t know, and still don’t, about the brain. Her mother has been facing the lonely battle of dementia.6

Swaminathan was the Deputy Director-General of the World Health Organization from October 2017 to March 2019. She was appointed the Chief Scientist of the W.H.O., where she played a vital role in combating the Covid-19 pandemic. She urged nations to conduct whole-genome sequencing of the SARS-CoV-2 virus to test, track, and treat the disease. Swaminathan was a member of the High-Level Scientific Panel at the Global Health Summit hosted by the European Commission and the G-20 in May 2021.

At the W.H.O., Swaminathan led a team of around 100 people who found themselves sucked into the Covid-19 pandemic. According to her, the speed with which they got everything done with Covid – research and development, clinical trials, working with regulators – should inspire everyone.

Swaminathan and her husband, Dr. Ajit Yadav, had always planned to return to India, but they did not know what they would be doing next. Back in India, she joined the National Institute of Research in Tuberculosis in Chennai as its Assistant Director, which offered her the opportunity to undertake extensive research and clinical work. The most critical studies undertaken by Swaminathan are on the prevention and treatment of tuberculosis while avoiding drug interactions with antiretrovirals to treat H.I.V. She also undertook research on the social and behavioral sides of both diseases, including the associated stigma, discrimination, and myths.

Why the World Needs More Women in Leadership Roles