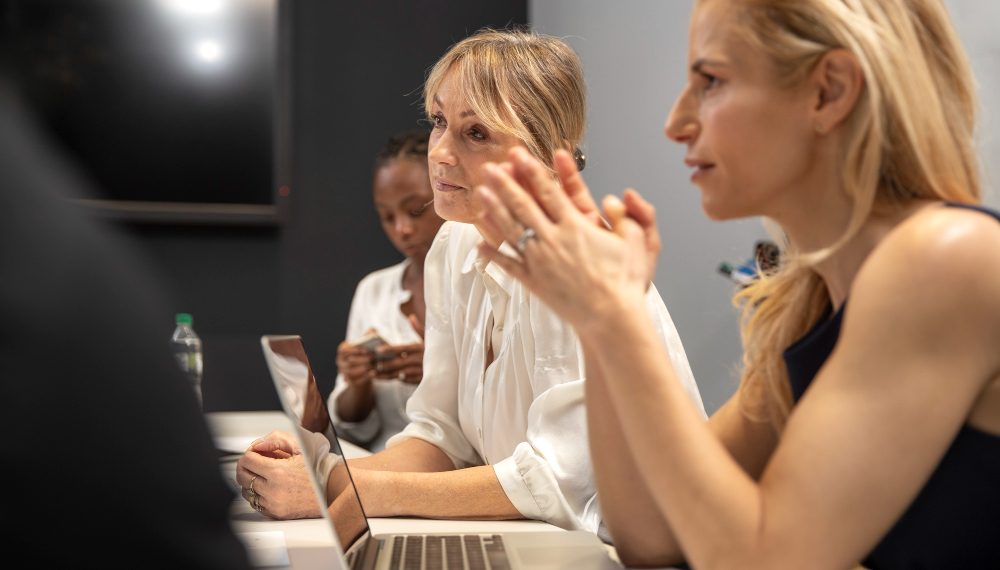 What America Men Get That Women Don’t

In 1977, a large number of women had gathered at the only federally-sponsored women’s rights conference in the history of the United States organized in Houston where the National Women’s Conference called for the ratification of the Equal Rights Amendment, which would explicitly ban discrimination based on sex. In a poem composed for the occasion, Maya Angelou told the enthusiastic participants, “We promise to accept nothing less than justice for every woman.”

About 2,000 women who attended the conference asked the government for affordable childcare, equal pay for equal work, and that the federal government fund abortions for women who could not afford the procedure. They emphasized the importance of national healthcare and called for an end to discriminatory rape laws. They also demanded that the nation stop deporting immigrant mothers of American-born children.

In 2017, hundreds of thousands of women assembled in the nation’s capital for the Women’s March on Washington, flooding the streets to articulate many of the demands that were raised in Houston 40 years ago. They called again for the Equal Rights Amendment to be included in the Constitution. While the demands were echoes of 1977, the mood was different in 2017, tinged with trepidation over the election of President Trump, whose treatment of women raised eyebrows before and during the campaign, and led some Republicans to denounce him.

As a Woman-owned company, WomELLE takes a look at where a number of women’s issues stand.

The 1997 conference acknowledged women’s roles as primary caregivers and named national healthcare among its federal priorities. In 2010, President Obama signed the Affordable Care Act, expanding coverage to millions of women, banning denial of coverage based on gender, and guaranteeing access to birth control, maternity care, and breastfeeding supplies. The National Partnership for Women & Families called the ACA “the greatest advance for women’s health in a generation.” Unfortunately, the Trump administration later repealed the Act.

Currently, there is more awareness and condemnation of violence against women, but statistics still paint a grim picture. One in 3 women in the US has been a victim of some form of physical violence by an intimate partner, according to the National Coalition Against Domestic Violence. Moreover, one in six American women is the victim of an attempted or completed rape, according to the Rape, Abuse & Incest National Network. The Department of Justice reports that rates are even higher for transgender and bisexual women.

The United States lags behind among developed nations when it comes to paid family and medical leave, which allows people time off to care for a newborn, help a sick family member, or recover from a serious illness. The Family Medical Leave Act (FMLA) provides up to 12 weeks of unpaid leave, but the National Partnership for Women & Families says that fewer than 40% of workers qualify for it. Some employers offer paid family leave, but the group says it covers only 14% of workers. California, New Jersey, and Rhode Island have implemented paid family leave laws and New York and the District of Columbia are in the process of enacting them.

Some studies suggest leave policies are good for business because they lead to happier employees and less turnover. Family leave also has significant positive effects on young children’s health, fathers’ involvement, and breastfeeding rates, studies show. The US also does not offer universal pre-K, though research shows paying for early childhood development leads to lower rates of high school dropouts, criminal activity, teen pregnancy, drug, and alcohol abuse, and other health problems, all of which create a burden on society – and taxpayers.

More anti-abortion politicians assumed power in state legislatures after the 2010 elections, leading to an explosion of abortion restrictions across the country. State laws like Arkansas’ 48-hour waiting period create significant hurdles for rural and poor women. Only three licensed abortion providers are there in Arkansas. A limited number of clinics mean a woman may have to travel long distances to access the procedure, and a waiting period means she incurs two days of transportation and lodging costs compounded by two days of missed wages, as well as two days of possible childcare. According to Planned Parenthood, an in-clinic abortion can cost up to $1,500 in the first trimester.

The wage gap is narrowing but has barely budged in the last decade, according to the non-profit Institute for Women’s Policy Research (IWPR). Overall, women earn 80 cents for every dollar earned by men, according to the National Partnership for Women & Families, with black women earning 63 cents and Latinas earning 54 cents. The Equal Pay Act forbids sex-based wage discrimination, but women’s rights advocates say it’s poorly enforced. The wage gap is worse for women with children, who face a steep “mommy tax.” Motherhood is tied to a 4% decrease in earnings per child, while fatherhood is tied to a 6% increase, according to a 2014 study by UMass Amherst sociology professor Michelle Budig.

The number of women in politics is increasing, albeit sluggishly. Women are 51% of the population but makeup 19% of Congress and only a quarter of state legislatures. Women are on course to reach parity with men by 2117, according to IWPR. Research shows women have different legislative priorities than men and are more likely to introduce Bills addressing the needs of women and children. From a voter perspective, the IWPR said more women are turning out to the polls, but many states are passing measures that make it harder to vote, including reducing polling sites and enacting strict voter ID laws, which disproportionately affect vulnerable communities. Fewer polling places mean longer lines, a burden on less advantaged voters who tend to have less flexibility with work and childcare arrangements.

American women share common struggles but differ greatly in their experiences, which is why “women’s rights” remain so divisive and why its tent is so broad. Even women who are elevated are still vulnerable.